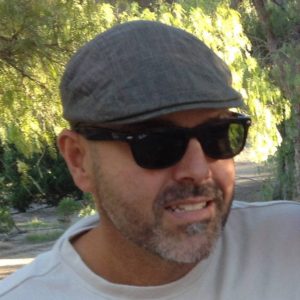 The Story Behind Tyson Tone Pickups

Why I began making pickups:

Why? Because of my passion for making music with electric guitars and all the sounds and overtones that evoke that passion. I’ve always wanted to create sounds that move me, that stir the emotions within – whether excitement, sorrow and grief or happiness. I want to feel it and to hear it in the most subtle nuances of my playing.

If you are reading this, then chances are that you feel the very same way I do, and you’re looking for a set of pickups that will enable you, and inspire you to make some great sounds.

I’ve been playing for over twenty years and have sifted through many pickups, as well as other gear. The only pickups that really made me stand up and take notice were original vintage, “golden era” examples – 1950s Gibson P.A.F. and P90 pickups, as well as Telecaster pickups. They had the sound – and just as important to me – dynamics and touch sensitivity that I had been searching for, that I wanted, that I needed!

I started researching them, slowly and methodically for a couple years before I even acquired my very first winding machine. Then came lots of R & D until I could consistently make pickups that did two things. Number one, sounded and felt like great vintage examples in head to head comparisons with those original examples. Number two, put a big smile on my face! In other words, I developed a passion for making what I consider exceptional sounding and feeling pickups.

So that’s my story. I make vintage style pickups with vintage accurate parts and wound on vintage coil winding machines because that is also a passion of mine.

Like many guitarists, I’ve spent a lot of time looking for instruments and amplifiers that would give me what I was searching for in terms of tone and playability. I know playing technique is perhaps the most important part of tone. But having spent years playing countless different guitars through an equally countless number of amplifiers, I learned that not all gear is created equal.  Some guitars responded to my playing by yielding complex and beautiful tones.  Others seemed to do little more than produce notes. I experimented with hundreds of gear changes in an attempt to make my guitar behave the way elite guitars behave.  I swapped tubes and speakers in amplifiers. I changed pickups, caps, potentiometers, bridges and tailpieces in my guitars.  I fine-tuned each of my guitars until they were as good as they could possibly be. As close I was able to get, my guitars weren’t as responsive as I wanted them to be.  I couldn’t seem to get them any closer than “almost . . . but not quite” there.

I never became comfortable with the “almost . . . but not quite” compromise, but I couldn’t find the missing ingredient until I played a friend’s vintage Gibson ES 335 that sported a set of beautiful-sounding original PAFs. There it was! Responsiveness is the one thing I demand most from my guitars. If a guitar or a set of pickups don’t respond well to my pick attack and playing dynamics, I have little use for them.  It was not until I played the vintage 335 that I found exactly what I had been looking for: a guitar that could be sweet one moment and angry the next, but always clear and churning out loads of overtones—the harmonics just exploded from that guitar.  As I played more guitars with vintage PAF and P90 pickups, I found that the better examples, as diverse as they might be, all shared one thing in common. They all had amazing responsiveness. Some may be brighter, some darker or more full sounding, but they all produced complex layers of overtones and beautiful harmonics. It was unmistakable when playing them.

The most fitting way to describe the difference between these vintage pickups and the pickups I had used most of my life relates not just to the way they sounded, but to the entire guitar-playing experience. Vintage pickups react to playing dynamics by yielding depth, grit and sweetness. An aggressive pick attack puts some growl into the tone. Tremolo rings out with feeling. Notes sustain and decay with a real sense of life. Single-note leads are sweetened with lush harmonics and sweet overtones, lending character and feeling to solos.  Delicate strumming produces sparkling chord tones that feel lively one moment, rich and somber the next.  This is what I wanted to duplicate in my own guitars, and, in an effort to do so, I went through numerous boutique pickups that had been marketed as very similar to, if not exactly like, vintage PAF or P90 pickups. Some sounded quite good, but none of them provided the same playing experience as the good vintage examples I had played.

An itinerant tinkerer, I became adept at setting up and modifying amps and guitars very early on. Other players would often ask me to work on their gear. I was pretty handy with guitars and amps, but one day a player asked to repair a dead humbucker. I took it apart and studied it, and, eventually, with guidance from a generous pickup maker, I was able to fix it. When I returned it to the player, he was very happy with the sound.  That was when the proverbial light bulb went on in my head.  There was no reason I couldn’t simply make my own pickups. Rather than continually being disappointed by the endless line of pickups that players swore sounded like vintage PAFs, I could make pickups that yielded the same tones and the same experience I had found with vintage Gibsons—pickups I could install in my own guitars and not feel that I had once again resigned myself to the “almost . . . but not quite” compromise.  I was in no hurry.   Music—guitar music—is my lifelong passion, so I could take the rest of my life to get this right. I had no interest in slopping together a bunch of pickups with “L” shaped machine marks and circle-in-square bobbin-holes, cloaking them with marketing hyperbole, and schlepping them as “vintage-correct” to guitar players who would eventually replace them with the next “flavor of the month.”